Whether you know about karma, believe in law of attraction, or neither, you've probably heard "like attracts like." Meaning if you're a good person, honest, trusting, then you should only attract good people.

But in nature, opposite polarities actually strongly attract.

Magnets of opposite polarities will stick like glue, whereas two that are exactly the same will repel one another. Where this comes into play is in your lesson relationships.

If you are fantastic at being a generous person and it's out of true kindness, but you have trouble receiving or flat out refuse to, you will at some point "attract" a person who is the opposite. They will take and take and when you have nothing left to give, they will ask for more.

If you believed that only like attracts like, this may be very perplexing because it doesn't seem to make any sense. If you don't understand what needs to change in you to fix it so the dynamic doesn't repeat, you may then try to spot takers or users and avoid them, only to find yourself in the same situation again but it happened more gradually and seemed to be mostly your idea.

If you then swear off all people or swear off giving entirely, you will be stifling something that was very beautiful about you.

If you instead realize that by developing the skill of receiving with appreciation and allowing it to feel good not guilty, then you will "attract" more people who are the same. The balance is then what attracts.

I use attract loosely because I think we meet a lot of people but are ourselves drawn to certain ones more than others. If you are a "give only" type person, you will actually repel give only people as well as well rounded give and receive type people. The ones who you will be drawn to and they to you will be the over takers. As you learn to receive and as it feels good to do so, you won't be drawn to that polarity anymore.

You will have fulfilling relationships both on the give and on the receive side. Not all at once just with a realization alone, because habits take time to change, but it will happen.

Don't change the good thing about you, just work on the part that blocks the flow in return. It will feel really awkward at first as all new things do, but it will get easier with practice and time. 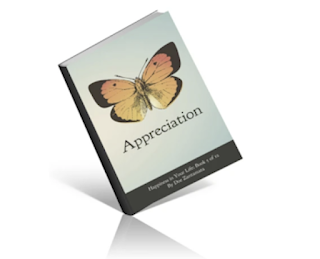 Rea more about appreciation and dynamics in the book, "Happiness in Your Life - Book 5: Appreciation," by Doe Zantamata. Now available on Amazon https://amzn.to/3qW4zMX

or as a PDF instant download ebook here: https://payhip.com/b/1fkF