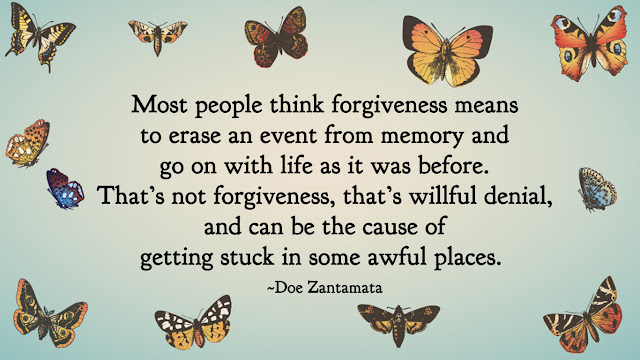 Most people think forgiveness means to erase an event from memory and go on with life as it was before. That’s not forgiveness, that’s willful denial, and can be the cause of getting stuck in some awful places.

Why do so many people not know what forgiveness is and think that it’s something that it totally is not, never was, and could be harmful if attempted?

The answer is surprisingly obvious but it happened so long ago you probably didn’t give it a re-evaluation.

Does this sound vaguely familiar from your childhood?

You: He hit me

Parent (to him): Say you’re sorry!

Him (reluctantly and without meaning): Sorry

Parent (to you): Now say you forgive him

You (reluctantly and with a heavy feeling in your chest): I forgive you

What it taught you was that “forgiveness” meant someone with no remorse saying sorry was a pass key to you having to pretend like the offense never even happened and resume life as it was before.

With two little kids playing, not a huge obvious problem.

But in life, if you believe this is what forgiveness is, it can be a horrible, decades long struggle in many ways.

Let’s get clear on what forgiveness is.

2. Forgiveness is letting go of resentment towards a person or event. To forgive is just to accept that what happened has happened and cannot be changed, ever. It’s past, it’s gone. And to stop giving your attention, anger, and power to it (once you have processed and healed).

From the book, "Happiness in Your Life - Book Three: Forgiveness," by Doe Zantamata

Available in kindle ebook and paperback on Amazon: 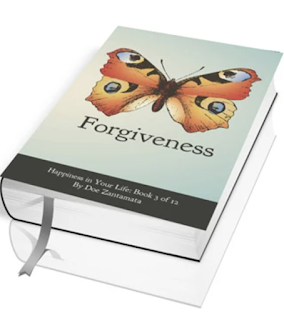