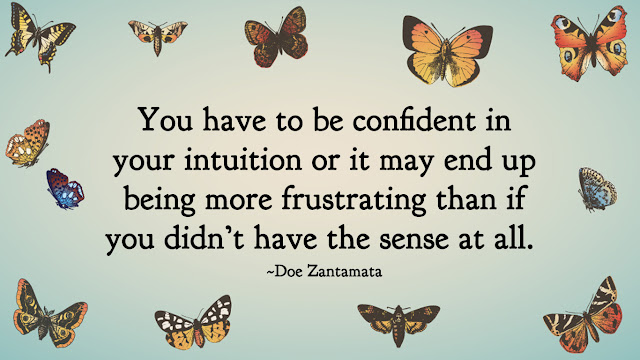 Most people trust their senses all the time except intuition and don’t tend to argue with them.

If you smell the milk and it smells rotten, you’ll likely trust your nose without having to drink the milk and get sick from it. You don’t need the milk to prove it to you.

Yet so many people have a distinct bad feeling about something and then get talked into doing it anyway, going anyway, only to regret it later on.

How many times have you thought, “I knew something wasn’t right about this!” or “I had a feeling this wasn’t going to be good!”

In those cases, your intuition was screaming at you beforehand but you forced yourself to ignore it and found out later what it was trying to say.  Then those circumstances proved to you what your intuition knew all along.

You have to be confident in your intuition or it may end up being more frustrating than if you didn’t have the sense at all.

But confidence doesn’t mean not listening to what anyone else has to say, ever. It means certainty of how you feel but still being open to what to do. It means knowing what’s right for you, just like if your sense of taste told you that you didn’t like babaganoush you wouldn’t eat a whole plate of it no matter if a whole room full of people loved the stuff.

Now at this point in life, if you’ve never consciously used it, it is more difficult and takes longer to train your intuition than it would had you learned it as a child along with your other senses.

Also at this point in life, you’ve seen a lot of faces, heard a lot of voices, and you’ve been hurt, let down, rejected, and deceived.

So you’ve got some baggage. We all do.

In the beginning, it’s important to step back when you have a bad feeling about something important and reflect on if this is really your intuition speaking to you or if it’s a traumatic memory that hasn’t fully healed coming through as fear. When your intuition discourages something, it doesn’t come through as fear. It comes through as distaste, annoyance, or even repulsion on some level…just a feeling that this isn’t something you like or want.

Again think of your other senses.

If you taste a food that you don’t like, you don’t feel scared of it--you just don’t like it.

From the book, "Happiness in Your Life - Book Two: Intuition," by Doe Zantamata

Available on Amazon in kindle eBook, Hardcover, and Paperback: 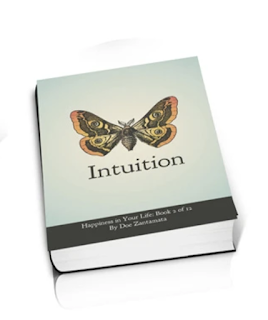