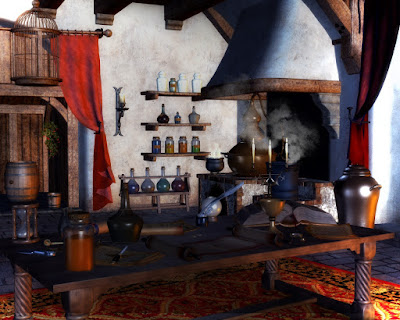 Alchemy in the most basic sense was an attempt in medieval times to turn lead into gold.

Whenever you have been given a set of circumstances, treatment by other people, even physical characteristics, it may seem that in many cases you've been given lead.

But if you believed you could and were determined enough to persist, you likely could turn most or many of those things into gold.

If you were treated poorly, you understand first hand how it feels to be treated poorly. This can cause you to become bitter or better. If it means you shut out the world and feel powerful in withholding or in treating people poorly, you've turned lead into poison. If, however, you use those experiences to have compassion for people and can relate to and inspire those who have been treated poorly and are kind to people, you've turned it into gold. Without the first hand experience, you can feel sad for someone but you can't truly understand. And it's that understanding that lets people know they are not alone and they can make it through.

Similarly, if you're a person who always had to fend for his or herself, once you're in a strong position, you may decide that "no one ever helped me so I'm not helping anyone!" or you may become the person you needed a long time ago for others. Again, turning lead into gold.

Randy Pausch said, "It's not the cards you're dealt, it's how you play the hand."

Yes, a lot of people in the world were dealt better cards than you, but a lot were dealt much worse. Comparing doesn't help either way...either you'd feel cheated for not having it easier or like you should feel guilty because you're unhappy and others have had it worse.

To become an emotional alchemist, focus on your ingredients. Look at them, turn them over, decide how you will turn them into gold. Become the best version of yourself that is possible and don't give a thought to if you should have done it earlier or that it's taking longer than you thought to reshape some old habits. You are becoming, molecule by molecule, thought by thought, choice by choice, a vast, glimmering ocean of gold.


Transform your life from the inside out with Doe's e-course, "Improve Your Life in 80 Days"
Learn more by clicking on the image: 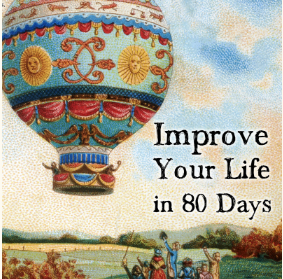