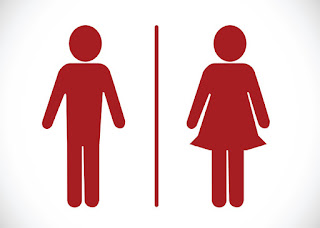 If we recognize what the innate fears and strengths of the sexes are instead of arguing over fairness, we could understand each other better and avoid triggering fears that lead to shutting down or separation.

I posted an article on my Facebook page about a woman who was catcalled by three men in a van and it had some interesting comments. I don't honestly think that some men realize it's not "Just a compliment" or that it can be scary. Even unwanted advances...sometimes men will misread signals.

If a woman smiles out of nervousness or feeling uncomfortable it's actually a fear based defense instinct. Appear non-threatening by smiling and looking down. But if a man doesn't know this he may think the woman is happy about his advances because "she's smiling." 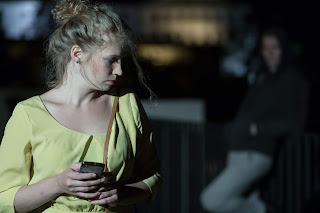 On the other side, if a woman questions a man about his emotional reasoning for an action during a disagreement, he may be actually honest when he says he doesn't know. Women explore emotions early on in life and aren't discouraged from doing so. So by the time they're in relationships, they know the difference between upset, humiliated, disappointed, frustrated, sad, angry, anxious, insecure, or a whole slew of other emotions that everyone feels but some men haven't become aware of or been able to identify or express for fear of being called "weak." And again that non-threatening smiling instinct can happen here and be misconstrued as him thinking this is funny or not taking her seriously when really it's discomfort and awkwardness being expressed. 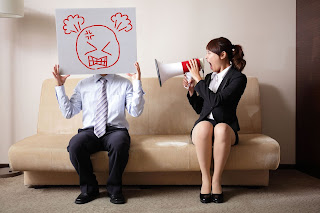 Both men and women, if you're frustrated that someone of the opposite sex is overreacting, playing dumb, getting mad for no reason, or putting you in an uncomfortable position, state in words as clearly as you can how you feel. Words can say what body language or misunderstanding signals cannot but only if they are spoken with honesty. Seek to understand as well as to be understood. Healthy communication is a two way street.

Learn more about relationship patterns and how to change them in Doe's book: