Is it normal to fight?

When two different people come together to live a good portion of their days in each other's company, conflict happens. They, before meeting, had entire lives, lessons learned, manners taught (or not), and were shown "the way things are done" by all those family, friends, and strangers who they ever encountered before meeting each other.

So here they are, with an attraction and affection for one another, making a go of life conjoined.

Unless they were raised by the same people, in the same place, the exact same way, there's going to be conflict, no matter how nice and smart they are.

All it means is two things that are different from eachother. A couple is technically a conflict.

Conflict is not a bad thing at all. But it can become a bad thing, if two two nice folks believe that everything should be the same as it was before they met eachother, and if something's different, they must fight to have it be the way it was before.

When there is conflict, there are three options to resolve it.
After listening to each side, the two can;

There's obviously a big difference between "winning a fight" and "conflict resolution."

Winning a fight usually involves the other person losing, either by just giving up or not caring anymore to argue. Winning in this case only means getting their way, not truly winning.

Conflict resolution is a major life skill to learn, not just in romantic relationships, but with friends, family, and in business, too. If everyone perceived conflicts as something to resolve instead of fights to be had and won, everyone would be a lot happier. 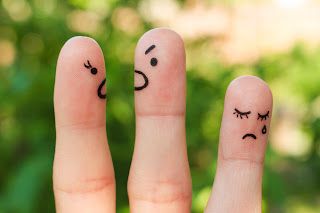 Now, there are some who the concept of conflict resolution is beyond them. They think that unless they have it their way, they will be losing, and will under no circumstances be open to anything other than that. These folks can get pretty angry over nothing. They can find argument in restaurant choices.

Sometimes, in frustration with some people, we say, "there's no winning with you," when really, we've tried to resolve something for everyone, but they just cannot see it. They only see wanting their own way, and even if they finally get their own way, they will likely still want to be mad and will get angry with you for arguing with them about it at all.

If you know someone who is like this, good luck. Your choices are to either get on the argument train with them or just give up and don't ever think about doing anything that may benefit everyone (including them) if it's not their idea. Or "have your way" (which is really everyone's way) and watch them pout.

Luckily, conflict resolution, for most, is a skill that they're open to learning. This is because it makes a lot more sense, and results in a much happier, smoother life for everyone.

Next time there's a conflict, before an argument starts, just go right out and say, "let's resolve this." Completely listen to the other side first, then offer your own reasons, then they two (or more) of you think aloud together to come up with a happy solution. It may sound like it would take some time, but even if it takes a few minutes, it's much more worthwhile. It will result in a decision that everyone feels good about, rather than a fight, extended fight, grumpy decision, and bringing up the whole affair again at the next fight. Trust me.

Resolve to resolve, and happiness will be your only shadow.

Author of "Happiness in Your Life, Book One: Karma"